The best feature of this heart-shaped sweet is, that it’s filled with blood-like liquid which will squirt out when chewed on. I would say that this is definitely not for the sensitive ones. On the other hand – what a better way to say I love you for the valentine’s day that to give you a sweet heart to chew on?

Available at thinkgeek.com for $7.99

Am not really sure if I would have the heart to feast on a fish, who would still look me in the eye while being eaten? 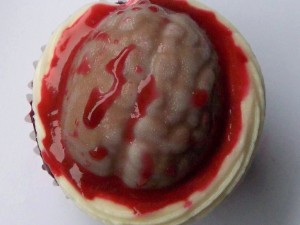 Even though there’s nothing new in baking cakes or cooking things that look like brains, somehow this example of the combination gives me some extra-creeps! The lovely combination of rasberry cake, cream cheese frosting and chocolate brains is a creation of a creative individual called Pamela on Flickr. 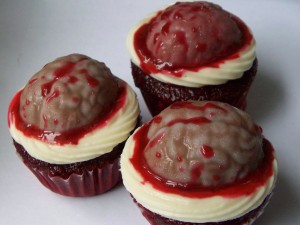 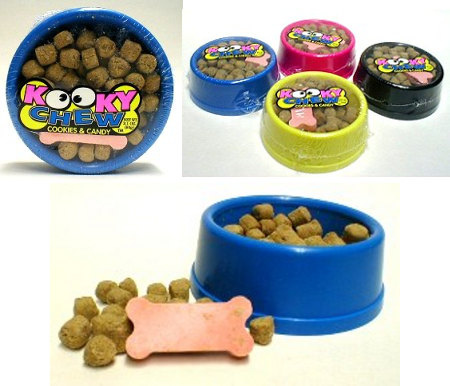 Have you ever heard about the urban legend about Soviet Union Olympic athletes, whose travel bugets were supposedly extremely tight? The story goes, that their “official” instructions were to buy dog food to eat, as it is relatively rich in proteins and calories.

Well, Soviet Union is part of the past, but there still seems to be some human interest in eating dog food. At least there is a product available, which looks like dog food, but is in fact meant for humans to eat. The meal consists of crunchy cookie cibbles with nuts, and as a bonus there’s even a candy bone to chew on as a dessert. How lovely!

Available from stupid.com for $1,49 per portion Would be great to hear about this guys political views…