Jellied moose nose is a traditional dish originating from northern regions of Canada and Alaska. It is made by boiling the nose of a moose in water with salt and seasonings until the connective tissues and collagen break down, resulting in a jelly-like texture. The dish is then sliced and served cold.

While jellied moose nose might be considered a delicacy by some indigenous communities, it is often seen as revolting by others. The dish’s unique texture and origin can be off-putting to some, who view it as unappetizing. Additionally, the strong odor associated with the dish can be overpowering for those unfamiliar with it.

Despite its controversial reputation, jellied moose nose remains an important part of the food culture for many indigenous communities in the northern regions. It is often served at special events and celebrations, and its preparation is passed down through generations. The dish represents a connection to the land and the animals that sustain the community, as well as an appreciation for using every part of the animal in a sustainable manner.

In conclusion, jellied moose nose is a traditional dish with cultural and historical significance for certain communities. While it might not be for everyone, it is an important part of the food culture for those who appreciate it. Like many other traditional foods, it can evoke strong reactions due to its unique taste and preparation, but it remains an important aspect of the food heritage for those who value it.

Being vegan or vegetarian is still often associated with a desire to live minimalistic, super healthy and rather anemic life. Dishes such as burgers, nuggets and beer are not usually associated with people eating only vegan dishes. However, this conseption is about to change, and big time!

A Finnish movement, called Sipsikaljavegaanit (Translates to “ChipsBeerVegans”)started as a facebook movement, where people collectively started to share tasty, greasy and fully flavoured tips within vegan diet boundaries. The momevent quickly progressed to a widespread movement where the idology of people making good ethical choises does not necessarily mean that they have to be denied the pleasure of eating unhealthy.

Further down the movement has produced a book depicting the phenoma to it’s full extent. Recently there was also a comprehensive vegan junk food website launched which collects the most popular sipsikaljavegaani -recipes, as well as announces new food consumables which fit to the general concept. 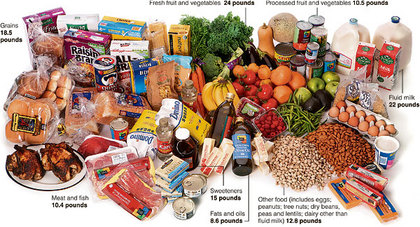 A recent government study reveals that over one quarter of all food in the United States goes to waste every year. To be excact, 27% of all edible food goes to waste, which adds up to the astonishin total amount is 96.4 (of 356) billion pounds of food. This means that about one pound of food is thrown to the trash every day by each US citizen.

I don’t mean to preach or anything. Just makes you think, doesn’t it?

As new features we now also have a contact form for all that ugly food related feedback. Also, on the right side of the page you can now read the latest comments to keep up better with the conversation.

DonÂ´t you just find it totally annoying, that you have to spoil the good pork chop taste in you mouth with mint tastin toothpicks after having enjoyed a delicious barbecue meal?

Well, no more you have to. Just acquire some of these bacon flavoured toothpicks!