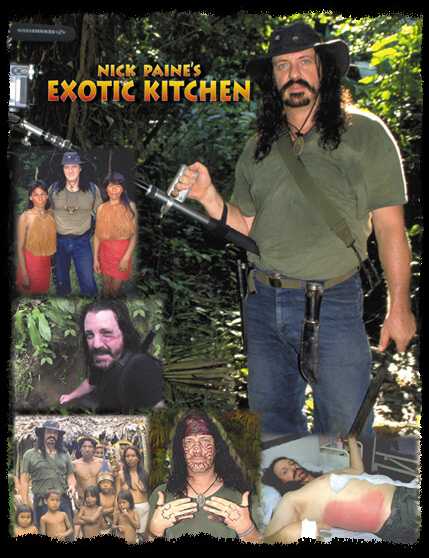 A man called Nick Paine claims to be the only culinary archeolorist in the world.
Nick’s aims is to preserve the worlds disappearin culinary peculiarities by filming them and combining them into films for people to see and experience around the world.

On his web site Nick tells about some of the strange recipes he’a stumbled upon along with his journeys. The site also includes some incredible stories and photographs from around his destinations. Ofcourse to get best into Nick’s world, you should try to get a hold on his filmed adventures called “Nick Paine’s Exotic Kitchen.”