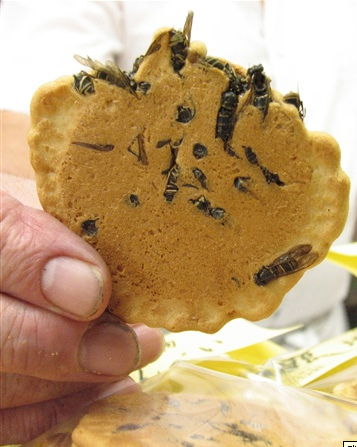 Time for all insect cracker lovers to head for Japan! A factory in in the Japanese city of Omachi has began the production on wasp crackers.

Here’s what they say at the Reuters:

“Jibachi senbei, or a digger wasp rice cracker, is held at a factory in Omachi town 200 km (124 miles) northwest of Tokyo September 4, 2007. A Japanese fan club for wasps has added the insects to rice crackers, saying the result adds a waspish scent to the traditional fare.”